Pay it forward – a free poster to print

On RUOK Day I recieved an email asking “RUOK?” (check out http://www.ruokday.com.au). I was okay- but it was still nice to be asked. All of those gestures – gestures which truly come from the heart – really touch me. Especially when they often come at times when I am obviously struggling and feeling overwhelmed. Times when I am (quite honestly) not the best fun to be around.

Much of my artwork comes from trying to make a difference to others in the best way I can.

It’s also why a carer group I was part of made a ton of gingerbread hearts to hand out during Carers Week one year. We wanted other carers to know that they weren’t alone, and that they mattered. We thanked them for caring. And in the process we felt good that we were sharing something positive.

Another time the same women got together to make a big mixed media painting for the wall of the mental health inpatient unit.  We just wanted to add some brightness and hope to the hospital environment which is usually so sterile. Apparently it worked 🙂

I love the principle of “paying it forward”. The idea that when someone does you a favour or a kindness, that you take that goodwill and do a kindness for other people in your turn. And that they, in turn, do a favour for others. So that goodwill just keeps being passed on and grows and grows. 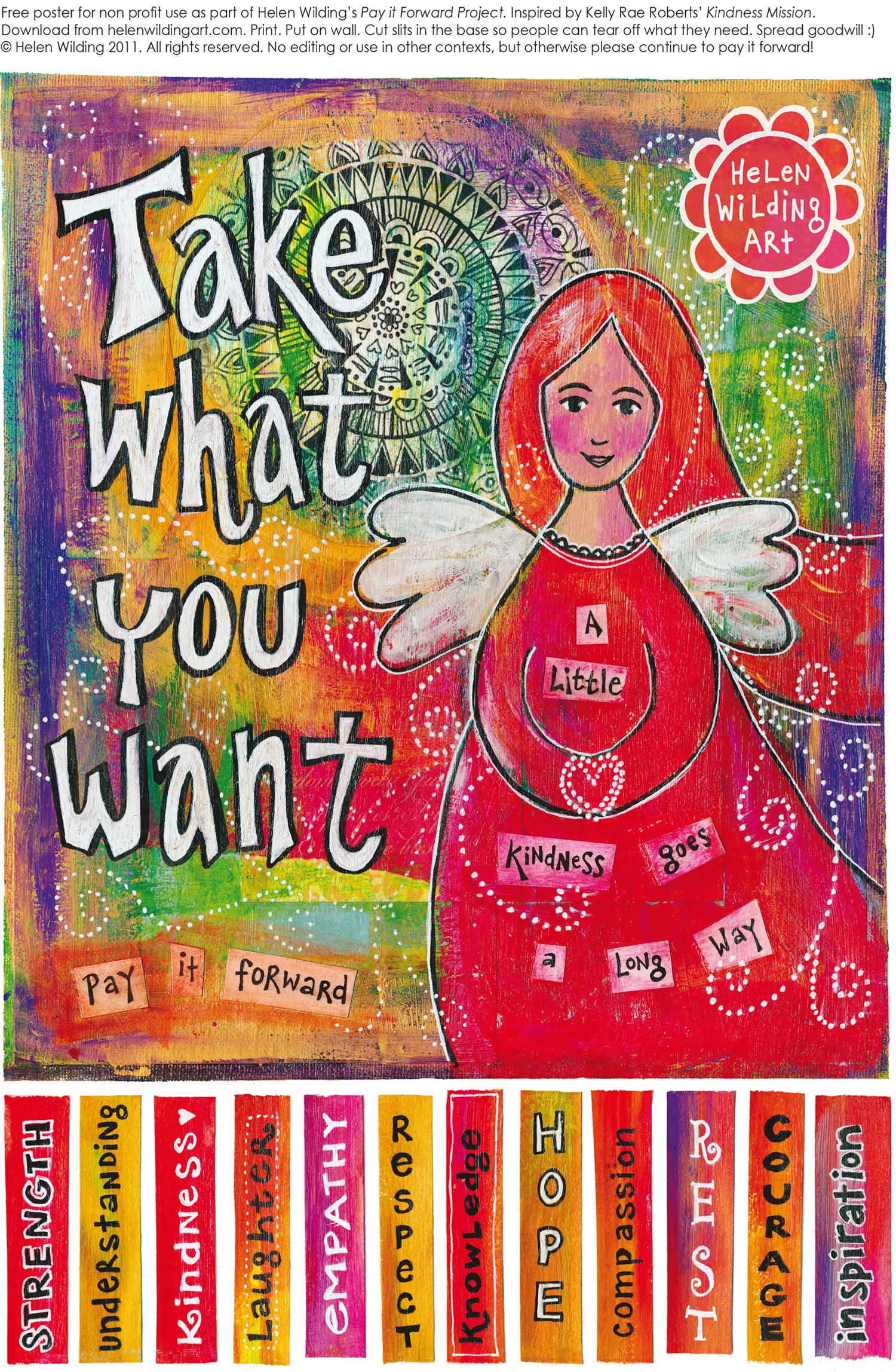 “Paying it forward” could relate to any sort of caring (or sharing) activity, no matter how big or little it might be. For example, a good friend of mine taught me felting. She introduced me to the wonders of soft wool and silks in all the colours of the rainbow that could easily be made into the most gorgeous, cuddly and comforting scarves in a matter of a couple of hours.

I took that skill my friend taught me, and I “paid it forward”. In my turn, I have introduced a lot of other people to the joys of felting. Together we have played with colours and rolled out scarves, laughed and giggled. And then those friends, too, have gone off to share their skills with family and friends.

The whole process not only gave me the joy of learning a new skill from a friend, but it also gave me the joy of sharing that skill. I loved hearing how it made other people feel too. “Paying it forward” is no hardship. In my eyes it is a win win situation. It is hugely satisfying to think you may have made a difference, even if it is just a little. 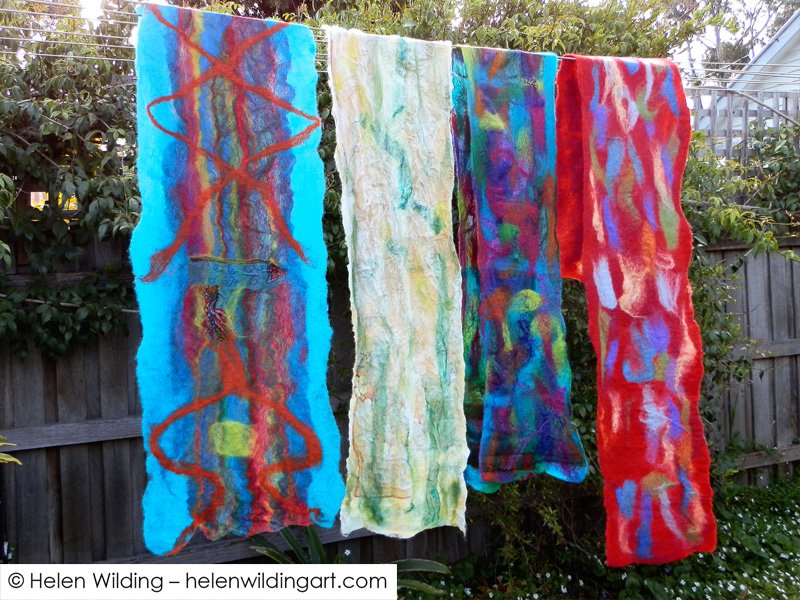 Similarly, back in 2011 I was reading a book called Art Saves: Stories, Inspiration and Prompts Sharing the Power of Art by Jenny Do, and I was inspired by the ideas various artists came up with to “pay it forward”. One of those artists was Kelly Rae Roberts, whose instructions I followed to make the multi media artwork on this post. She suggested writing affirmations on post-it notes and leaving them in public places for strangers to find. I thought that was a lovely idea. Then, even better, on her blog she suggested a “Kindness Mission” where she invited anyone and everyone to create a poster along the lines of the one I’ve done here – to share some pretty special sentiments. You can read more about it at http://kellyraeroberts.blogspot.com.au/2011/11/kindness-mission-are-you-in.html .

So … as MY ongoing contribution to Kelly Rae’s Kindness Mission – or “paying it forward”, depending on how you want to think about it – I am attaching a free download of my version of her poster. The idea is that it would be printed in A4 and slits cut in the bottom like a fringe separating the words so that people can pull off the bit that they need – whether it is “strength”, or “knowledge” or “respect” or whatever. Think of it as being along the lines of those old babysitting notices that people used to pin to public notice boards. I hope that makes sense.

Anyway – please enjoy. Print my poster out. Pin it up wherever you like. Spread the kindness. Let people pull off the bits they need.

Let’s all pay it forward together. I’d love to hear how it goes.

PS: Copyright remains with me, Helen Wilding. This poster is shared on the condition that it is printed “as is”, and strictly for non profit use – otherwise it will totally contradict the whole point of paying it forward. Please don’t forget to acknowledge me as the artist, and please don’t reproduce it in another context without asking first.

Written and illustrated by Helen Wilding, 2012

Cite as: Wilding, H. (2012). Pay it forward – a free poster to print. The Caring Together Art Journal Project. Retrieved from https://caringtogetherproject.com/paying-it-forward/

Comments on “Pay it forward”

As someone who works with young carers, I see a lot of beauty in your work and so do they. I share some of the pictures with them as they are extremely honest and affirming. There is a lot of strength gained by caring and it’s lovely to use art to help the kids realise their own strength.