The No Blame Campaign – and a free poster

Download poster here. Provided for non profit use “as is” to promote a positive culture. Copyright remains with Helen Wilding – http://helenwildingart.com

We have all experienced blame – whether we are carers, consumers, clinicians, parents, brothers, sisters, butchers, bakers or candlestick makers. We’ve all been on the receiving end at some time – and you can bet that we have all taken turns handing blame out too (including me, I’ll sadly confess).  We know how awful it makes us feel, but still it remains the elephant in the room – something we all know is there, but are too scared or embarrassed to talk about.

It’s quite simple, really. If we continue to look for scapegoats, pass the buck, blame people behind their back (and in front of it), we will never be able to move forwards as partners. (Remember we are not talking about genuine criminal responsibility here – that is a whole different issue.) Apart from anything else, it is such an incredible waste of energy. Just imagine how far we could go if we put that same energy into fixing the problem instead of whingeing about whose fault it was! 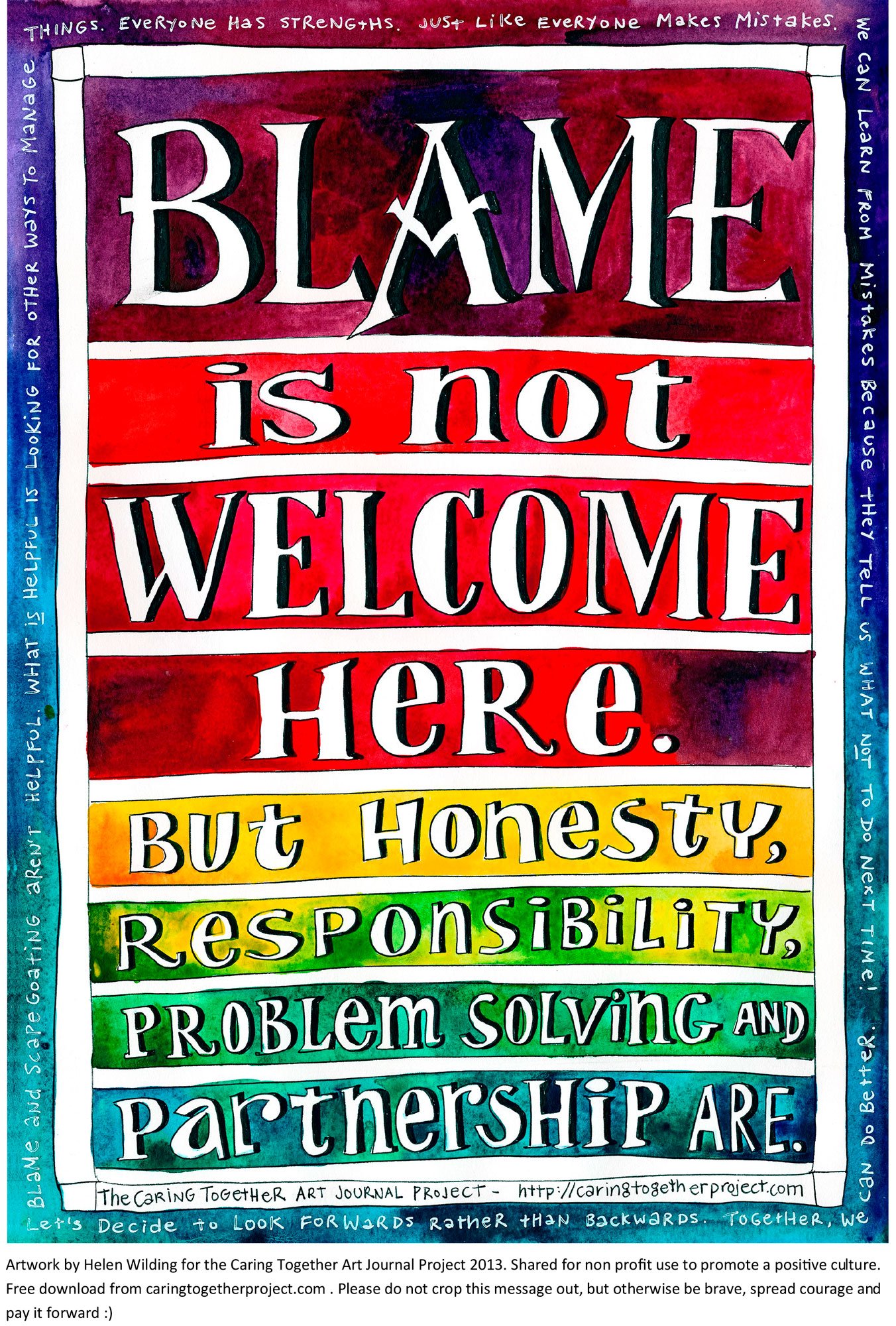 I believe we can beat blame together. Here are some ideas:

Written and illustrated by Helen Wilding 2013.

Cite as: Wilding, H. (2013). The No Blame Campaign – and a free poster. The Caring Together Art Journal Project. Retrieved from https://caringtogetherproject.com/no-blame-campaign/